‘All In’ Urges Dads To Rise Up, Put Kids First

A fascinating new book urges dads to rise up and demand a sea change in workplace policies and attitudes that force men to place career before family, or penalize them if they don't.

"Our laws, corporate policies and gender-based expectations in the workplace are straight out of the 1950s," journalist Josh Levs writes in "All In: How Our Work-First Culture Fails Dads, Families and Businesses, And How We Can Fix It Together" (Harper One). "And they're taking a hell of a toll, preventing us from living out the equality we believe in."

Levs, an Atlanta-based father of three, argues that families are suffering from a culture that has long celebrated and promoted men who left child-rearing to their wives.

"It's a vicious cycle," he writes. "People who don't have a family or make it a priority are rewarded in the workplace. They rise to positions of power. They, then, are responsible for the rules and culture."

"Women have done a great job of speaking out about this," he writes. "It's time for men to join in, in a big way."

He interviewed dozens of men for the book, collecting their thoughts and tips on gender equality, finances, "male privilege," "female gatekeeping" and more.

The result is a call to arms for men and women to shift the work-life balance conversation so that men are more accurately represented (one chapter is called "The 'Doofus Dad' Obsession Must End") and more strongly supported, starting with federally enforced paternity leave, more funding for public transportation to cut down on commute times and employers who grant flexible hours and ample opportunities to telecommute.

"Women can help by making sure men are welcomed into these conversations with open arms and minds," he writes. He then quotes former Parents.com editor Michael Kress:

"As dads we feel we're not really allowed to complain in the public sphere," Kress told Levs. "Because if we do, moms can say, 'We have it worse.' It doesn't have to be a competition."

And no one wins if we let it remain one. Self-Belief Holds Key To Art Of Success And The...

The Funding Primer: How A Start-Up Moves From... 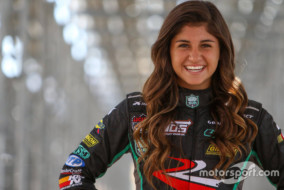 Making A Life Change: How To Balance Your Needs And Wants With The Loved Ones It Will Affect