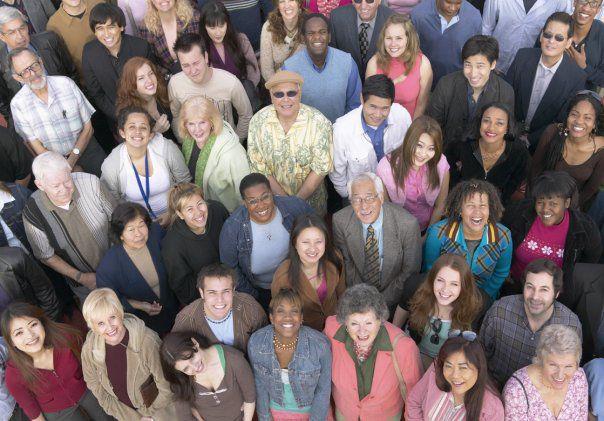 Betsy Werley was close to turning 50 when she woke up in the middle of the night and realized it was time to leave a nearly two-decade career in law and finance at banking giant JPMorgan Chase & Co.

The New York-based bank was acquiring Bank One, the third mega-merger deal Chase had conducted in the 18 years Ms. Werley worked there.

Her options: a severance package or another position in the combined company.

After her revelation that it was time for a change, two weeks before the deadline set for employees to stay or go, she took the money and turned her focus to what she had been contemplating for a while: a career in the nonprofit sector.

"My heart was much more in that," she said. She developed a passion for nonprofits during her career at Chase when she was president of a women's business group and volunteered at other organizations.

As it turned out, that connection to nonprofits led her to a job offer three weeks after she left Chase.

She became executive director of Transition Network, a nonprofit that helps women over 50 figure out the next step in the professional and personal lives.

In 2012, she left that position and now is an "innovation fellow" with Encore.org, a nonprofit that provides resources for people, primarily baby boomers, trying to find meaningful work and make a contribution to society in their so-called "encore careers."

A 2012 report from the Building Movement Project of New York surveyed 300 leaders of U.S. nonprofits aged 55 and older, and found that a majority want to continue in the sector, either in paid or nonpaid positions, though many want more flexibility and less responsibility.

Research from the Bayer Center has shown many women who retire from nonprofits will need to continue working because of gender disparity that resulted in them earning less than men throughout their careers.

Ms. Werley counts herself among those who were financially secure but sought new challenges and wanted to remain with a nonprofit when she left Transition Network after eight years in the director's job.

"I wanted fewer day-to-day responsibilities," she said in a phone interview from New York. "Now I don't have members asking me if there will be a vegetarian entree at dinner. And the follow-up question: Will there be vegetarian hors d'oeuvres?"

Her experiences taught her that simply by letting colleagues and contacts know that she was moving on, opportunities surfaced.

When she was preparing to leave Chase, for instance, Ms. Werley sent a note to 200 co-workers that "thanked them for the memories" and mentioned she was seeking work in the nonprofit sector.

"A fascinating thing happened," she said. "Half of them wrote me back and said, 'I really want to do that at some point.'

These were people in their 40s and 50s who said as soon as they got their kids through college they were really excited about doing other work that's meaningful."

A contact connected her with Transition Network, which at the time was growing rapidly from a grass-roots organization into an entity that needed a full-time director.

It was founded in New York and now has 12 locations around the United States.

She landed there because, "I had been saying to people for some time that I was thinking about working for a nonprofit and ideally one that focuses on women or girls or personal development."

When she decided to leave Transition Network, mainly because her retired husband wanted to fulfill a lifelong dream of making a cross-country road trip, Ms. Werley wasn't actively looking for work but learned about the fellows program at Encore.org, which is a 12-month, paid position that could be extended beyond one year.

Her specific assignment is to build a network of groups including Transition Network and others that attempt to connect nonprofits with individuals who want to share their expertise from years of working in the sector.

"There are so many positive outcomes of the encore concept," said Ms. Werley. "One is that for nonprofit leaders, they see more role models and what other people are doing (after they retire). It encourages them to say, 'It's time for a change, and I'm not going to sit in this chair for five more years just because I can't figure out what's next.'"

Another benefit to nonprofits: As more top executives depart for new opportunities, she said, the door opens for younger nonprofit leaders to move up.

"Don't let fear stand in the way of change," she said, adding that she avoids "the dreaded word 'retirement.'"

"I think encore is a wonderful way to describe this period. Say 'retirement' and everyone wants to pull the covers over their head." Claire L. Evans Created An App, Leads The Band Yacht And Now Has Written A Book About Female Tech Pioneers